Has Bitcoin Found its Bottom Yet?

Bitcoin has been attracting quite a lot of attention from investors and potential investors over the past few months. Many are wondering whether the cryptocurrency has found its bottom or if there is still room left for a price surge. Given recent developments, several indicators suggest that bitcoin still has much more growth potential. In fact, one key indicator points to a possible price surge as large as 193%. This theory stems from the cryptocurrency’s recent rally above its 200-day moving average. If this theory proves correct, the price of bitcoin could rally as high as $13,500. 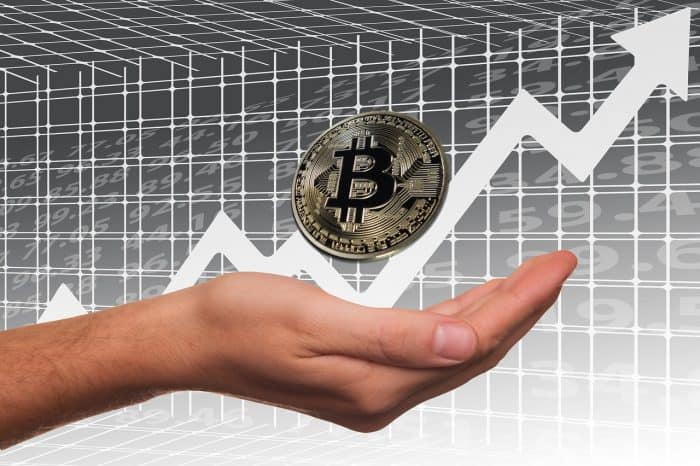 Bitcoin’s recent close above its 200-day moving average is something that has not happened in almost 2 years and could very well mean that bitcoin is on its way up rather than down. In the background, there are several things that have happened in the marketplace that would suggest that bitcoin is about to make a comeback in 2019. Investors who cashed out their bitcoin investments at $20,000 are slowly but surely beginning to return to bitcoin as a viable investment option. Also, in regions such as Venezuela and Turkey where there has been some type of political upset, bitcoin has attracted significant interest in recent times. Thomas Lee of Fundstrat shared his opinion on CNBC recently, stating that he believes that the fair value for bitcoin currently stands at $14,000 despite the fact that the currency is currently trading at only 33 percent of that fair value. As at Friday morning of April 5, 2019 at 9am EDT, bitcoin was trading at approximately $5021. This follows a slight dip below the $5000 mark earlier in the week.

Being still 75% from its all-time high, bitcoin still has the potential to reach the predicted $13,500 level in 2019. Between 2014 and 2015 when the cryptocurrency nosedived from $1,130 down to only $200, many wrote off the cryptocurrency as a no go. Nevertheless, after an accumulation period just above 200 days between January and August 2015, bitcoin made a strong 9,900 percent comeback in 2016 going into 2017. This culminated in the December 2017 peak when bitcoin traded at the spectacular $20,000 level. If that past performance is anything to go by, it is reasonable to expect that a similar scenario is likely to play out in 2019. In other words, if we use a 200-day accumulation period, we can expect July 2019 to be the time when things begin to really surge for bitcoin. This means that things may have only just begun to look up for bitcoin and that there is reason for some amount of optimism at this time.

Bitcoin is certainly gaining much interest in the last few days. In fact, popular search engine, Google, has reported that the number of searches for “bitcoin” tripled during the cryptocurrency’s recent rally on April 2, 2019. Incidental to this was a 15 percent overnight surge in the price of bitcoin. The majority of these searches originated from places in Nigeria, South Africa, the Netherlands, Austria and even Switzerland. By November 3rd, the price of bitcoin crossed the $5,000 mark for the first time since November of 2018.

What the Skeptics are Saying About Bitcoin Now

There is no doubt that there are skeptics who believe that bitcoin is nearing its floor rather than its ceiling. Given the disappointing 2018 performance of the cryptocurrency, it is no surprise that some investors are a bit reluctant to put themselves behind the highly volatile bitcoin. Nevertheless, they could be losing out if the key indicators prove to be right in this case. Some believe the recent price surge in bitcoin was largely attributable to one major investor who bought over 20,000 in BTC across different exchanges. This investor, and others like him/her are considered as whales and they can have a significant influence on the price of the bitcoin cryptocurrency. The protractors are of the opinion that unless the bulls continue to support this surge in volume, the recent surge will not persist as it will be unsustainable.

Only time will tell if this is the end or the only just the beginning for bitcoin. Things seem positive and investors and potential investors have reason to be optimistic. On the other hand, given the volatility of bitcoin, things could go either way.