The History of Bitcoin

History of Bitcoin itself is relatively new but when you are talking about Bitcoin, there is something deeper you need to consider. The first serious mention of a digital currency occurred in 1982. A computer scientist named David Chaum wanted to create a way to have untraceable payment. Chaum created essays on the topic of digital currency.

Chaum even tried to create a digital currency known as DigiCash but it didn’t go anywhere significant as it lacked the ability for the general public to get behind it. 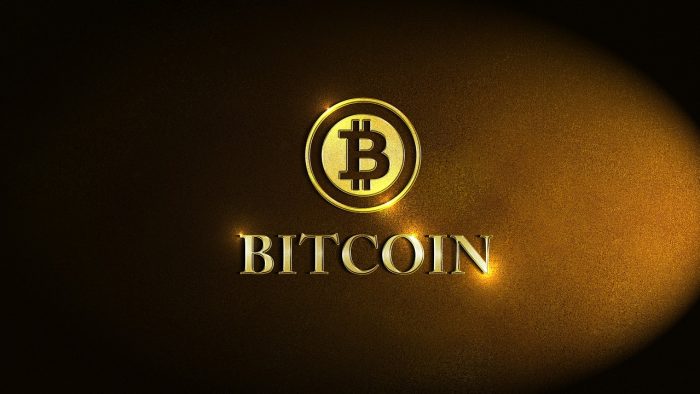 Over the next 26 years other companies and inventors tried to do the same thing. Some of them even tried to create currencies that are very similar to what Bitcoin ended up being. Bit Gold was one of those. It even used a ”proof of work” system to create a transaction list. Very similar to blockchain, what powers Bitcoin.

By 2008, the world was ready for a digital currency. Computers had become common place in homes. Satoshi Nakamoto, at the time, an unknown entity, registered Bitcoin.com A paper was also released called A Peer to Peer Electronic Cash System. This paper went out to a discussion board/mail list on the topic of cryptography.

2009 – Bitcoin Appears For The First Time

Less than a year into the new year, Bitcoin appears for the first time. The first block of Bitcoin was mined only a few days into the new year. This block is known as the Genesis Block. And it is the only part of the blockchain that is hardcoded into the Bitcoin software, which was released January 9th, 2009.

The first publicly posted exchange rate for Bitcoin also appeared in 2009. The rate was $1 for 1,309.03 BTC (Bitcoin). At this point, many people were skeptical about the currency. However, some early adopters began mining and/or investing in the currency.

Bitcoin saw its first real transactions in 2009 but those were to buy Bitcoin. No one had tried to make a purchase with Bitcoin. That happened in 2010 when Laszlo Hanyecz bought two pizzas from a London man for 10,000 BTC. At the time that was about $25. One transaction put an idea into a lot of people’s minds. The ability to make purchases with a digital currency.

Within a couple of months of the newsworthy first purchase of an item with Bitcoin, the value of a Bitcoin rose above a penny. People became more interested and less skeptical about the currency. And with the increased interest came the first Bitcoin exchange.

In addition to the first Bitcoin exchange, there was also the first mining pool. A group of people who combined their resources to start looking for Bitcoin with computers. As Bitcoin can not be printed, this is the only way to find it.

The market cap for Bitcoin reached $1 million for the first time in November of 2010. Attracting a lot of attention to Bitcoin.

New cryptocurrencies started to arrive. Litecoin and Namecoin both emerged in 2011. Both were attempting to take what made Bitcoin great and improve upon it further. These coins were not the first to be designed and thus earned the name of alternative cryptocurrency or altcoin for short.

The media started to pay even more attention to Bitcoin in 2011 with TIME Magazine posting an article talking about how Bitcoin was used for elicit purchases on the internet. Such as to buy drugs. Both the good and bad news about Bitcoin spread the word to people from all walks of life. Quickly Bitcoin went up to a value of $30 per BTC. Then it dropped down to $10 per BTC.

2011 also brought with it another security breach. Mt. Gox, a mining group, had a breach that allowed hackers to access tens of thousands of mining accounts, along with the Bitcoins that belonged to them.

In 2011, Bitcoin grew greatly but at the same time, the price had varied quite a lot. A year later, in 2012, Bitcoin rose to over $100 per BTC. The other cryptocurrencies also saw a good rise but Bitcoin had already established its dominance in the digital coin world. It would take a lot to unseat it, something we still haven’t seen.

The world also saw a major benefit of a currency system that isn’t connected to one government. President Nicos Anastasiades announced that he wanted to tax every Cyprus bank account. People around Cyprus started to buy Bitcoin to have a tax free place to put their money. Others around the world saw the risk that was presented with a government currency and started to join the rush.

For the first time, in 2013, Bitcoin reached over $1,000 per BTC. A high point because then it came crashing down. A lot of those who invested decided to cut their losses and pulled out. Dropping the price down to $300.

Because the fact that Bitcoin was built on a premise of being without a central control and to have a level of anonymity, it became a haven for criminals. Criminals found that they could get money with only a little bit of work when it came to Bitcoin.

Mt. Gox went offline. The mining group and largest Bitcoin exchange at the time, was never to be heard from again. Over 450 million dollars’ worth of Bitcoin. No one knows what happened to the exchange.

Whoever has that money would today have over 4.4 billion dollars.

On another note, the Internal Revenue Service in the United States made its first major ruling on cryptocurrency. They announced that Bitcoin would count as property when it came to taxing citizens and businesses.

It wasn’t until 2015 that the world found out what had happened to Mt. Gox. The company had lost hundreds of thousands of Bitcoin and filed for bankruptcy. It took years for the situation to be completely resolved but at least something was known about where all of the money disappeared to.

2016 saw a high number of investments. People invested over 1 billion dollars between 2015 and 2016. Over this year and the previous year, people around the world started to realize what the advantages to Bitcoin were. A lot of new investors joined the trend. And even those who didn’t join the trend, started watching Bitcoin and the cryptocurrency world closely.

After years of struggling to get back to a highpoint, Bitcoin makes a surge again and gets back over the $1,000 point. But it doesn’t stop there. Halfway through the year, Bitcoin finds itself valued at $3,000. At the end of the year, Bitcoin was worth almost $20,000 per BTC. An amazing price for a digital currency and one that has yet to be rivaled by any of the competition.

A rocky history for Bitcoin made many people frustrated. Some were also frustrated with the network. More and more Bitcoin miners have put a toll on the system. That led to another cryptocurrency being created, an offshoot of Bitcoin. This new currency is known as Bitcoin Cash. Bitcoin Cash made it to the 5th highest cryptocurrency but as of 2017 it hadn’t seen massive luck. It fluctuated both up and down throughout the year. Sometimes even dropping as much as 88% in a day.

Bitcoin also saw some negative press throughout 2017. With Morgan Stanley saying that Bitcoin would have no acceptance and would shrink. The timeline of Bitcoin value does drop after this but as we have discussed, raises again.

Part of the reason that Bitcoin was able to reach such a high price was that people invested around the world. When the value dropped, there was incentive to start investing. Big names weren’t the only ones to invest. Average people around the world started to invest with over 100,000 new accounts being created on just one Bitcoin exchange.

South Korea announced in late 2017 that it would severely regulate Bitcoin and other cryptocurrency trading in the country. This is a fear that many Bitcoin users had. That combined with previous regulations from other countries, led to a downward spiral that would continue into the next year.

2018 is almost over and while the year started with an okay Bitcoin rate, it has deteriorated quite far. The price has declined over 60%. Over the year the value has continued to drop. People have either dropped Bitcoin quickly or the smart ones have held onto their Bitcoin with the expectation that it will continue to rise.

A major hit to Bitcoin miners and those who host exchanges happened in January of 2018. Facebook banned all advertisements related to Bitcoin. Previous scams and fraud led the company to want to protect their users.

China also announced a strengthening of policies that prevent citizens from using Bitcoin exchanges or purchasing Bitcoin. Despite that, Samsung has worked with Bitcoin in order to produce bitcoin mining chips in mass.

While we don’t know the exact year that the last Bitcoin will be found, based off of math, we can predict it will happen around 2140. The reward of Bitcoin mining will half over time and experts believe that will be the year the last coin is found. However, a lot of things could influence that, including technology.

The Still Unclear History of The Maker Of Bitcoin

Even over 10 years later, we don’t know who Satoshi Nakamoto is. There has been a lot of speculation. Some people believe that Satoshi Nakamoto is Dorian Nakamoto, a Japanese American man who changed his name from Satoshi to Dorian. He has higher level degrees and worked with banks before. Strong evidence supporting him being the creator. Further evidence being that during an interview he is claimed as having said that he is no longer involved in Bitcoin and that it has been turned over to the people. However, in later interviews, he has denied that he had any connection with Bitcoin.

There is also some speculation about whether or not Satoshi Nakamoto might be a whole group of people. A lot of facts support this, such as the amount of work that would have been needed to develop Bitcoin.

Other names have been brought forward as possible people who are either Satoshi Nakamoto or part of the group who goes by that name.

Bitcoin has grown a lot since it started out. It saw an amazing peek in the value of its currency which has since dropped. That doesn’t mean that the currency isn’t still viable. In 10 years Bitcoin saw a rich history and it will likely see that history grow. Will it ever become a recognized currency? Who knows? Only the future will tell.

Best Bitcoin and Ethereum IRA Companies to Invest With